Thanks to the constant scent of incense combined with the smell of the sea, Hong Kong's Fragrant Harbour was born. Recognized as one of South East Asia's most exciting locations, the harbor is a common inclusion in many Hong Kong Tour packages. Grouped as small fishing villages these destinations have transformed beautifully into a spectacular, classy up-to-date city, containing the largest selection of skyscrapers in the entire world. 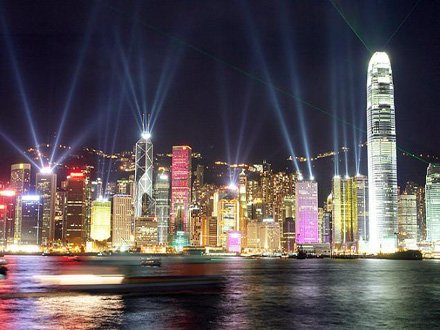 Hong Kong is situated south of China and is surrounded by the South China Sea and the Pearl River delta. Typical Holiday packages in the bustling city include trips to the beaches, rivers, hillsides, mountains, and the stunning bay areas. One of the popular holiday trips in the locale is the heritage tour which takes tourists through numerous museums filled with the rich culture of the place and its people. With an unparalleled skyline, Hong Kong has what is considered one of the best in the world. The picturesque view of Victoria Harbour is composed of the surrounding mountains and is beautifully lit up by city's skyscrapers. The merger of Mother Nature's landscapes has combined spectacularly with human architecture, something Hong Kong is lucky to have.

Homage to Tradition and Modernization

Perhaps one of the two most notable Chinese figures is artists: Bruce Lee, and Jackie Chan. The former is highly recognized for his martial arts skills and a sculpture of him can be found in the city. Like many Asian nations with an affinity for pop music, Hong Kong is no different with their combination of Eastern and Western genre that is evident in their beguiling "Cantopop" tunes. Tourists who invest in a Hong Kong excursion may easily find themselves amongst the many music or dance festivals. The city manages to perfectly balance both traditional concepts along with contemporary entertainment via the intermingling of elite hotels, excellent dining, numerous shopping malls, fast food stops, dim sum places and last but not the least hot pot restaurants.

Hong Kong holiday tours leave visitors mystified by the many hidden gems of the city. Thanks to Hollywood's The World of Suzie Wong, the Star Ferry has become an iconic sight. It ferries tourists across the Victoria Harbour and leaves guests at awe with the many scenic spots nature can offer. Nothing is as spellbinding as the views of the land, the water, the mountainside and the blue skies. It is unsurprising that many have been enthralled by the nightly Symphony of Lights display which manages to show off the island's glistening skyline at night. Smaller ferries on the other hand are readily available for more daring tourists who wish to explore on their own. Those who wish to view the incredibly lovely backdrop of Hong Kong, Victoria Harbour and Kowloon while ascending up to the famous Victoria Peak can do so via the Peak Tram.

Populated largely by Chinese, the city of Hong Kong is quite diverse. Aside from the local dialect of Cantonese, English is widely understood. Different cultures and communities meld in this city, Asians, Canadians, Americans, and European expats can be found residing here. The larger congregation of Taoists and Buddhists also populate the area. European and Chinese architecture is a reflection of the cultural influences of Hong Kong. Cultural influences such as mosques, Indian temples, and churches are easily spotted as well. The same is to be said about the cuisine which is diversified to satisfy discerning palates. A trip to the city is incomplete without the main attraction which it has been known for, shopping! Filled with a selection of high end boutiques, malls, street markets and of course the very popular night markets and ladies markets. The city is every shopper's paradise. Curious finds, trinkets, jade, ivory knick knacks are some the favored finds along with herbal teas, and white gold jewelry all of which can be purchased tax free.

There are just some of the key ideas that would make your hong kong tour packages and journey as an enjoyable, and hassle free affordable aisa holiday. Bon voyage!